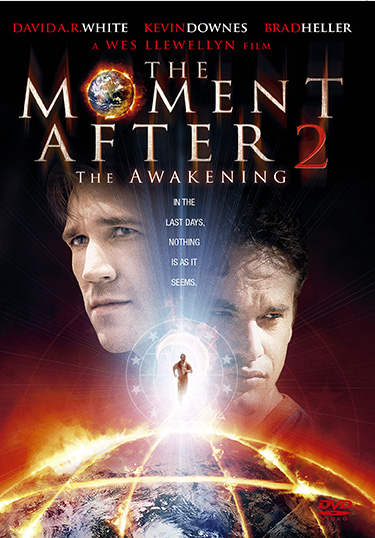 The Moment After II: The Awakening

After a dramatic escape from death row, former FBI agent Adam Riley (David White) reunites with his friend and mentor Jacob Krause (Brad Heller) leader of The Way, and his small remnant of Christians. Little do they know the forces out for their destruction. Global Alliance leader Commander Fredericks (Monte Perlin) has forced Adam’s former partner Charles Baker (Kevin Downes) to hunt them down while a ragtag militia, led by “Captain” Jackson (Lonnie Colon), spy on them for their own gain. As events lead to an explosive confrontation, all will be forced to an awakening of the real struggle… for their very souls.