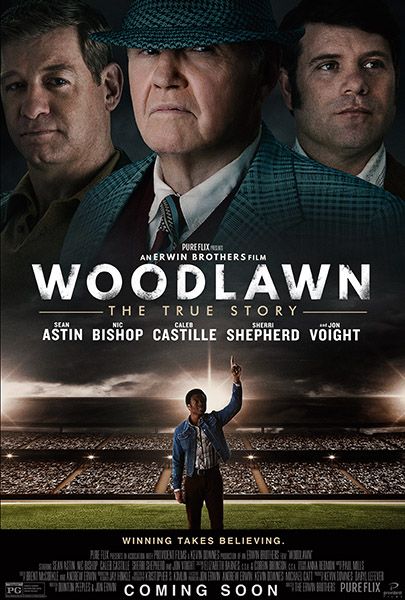 From the producers of October Baby, Mom’s Night Out, and God’s Not Dead

WOODLAWN, a film based on an inspiring real-life story about love and unity in a school torn by racism and hate in the 1970s, starring Sean Astin, Jon Voight, Caleb Castille, C Thomas Howell & Virginia Williams, directed by Jon & Andrew Erwin (OCTOBER BABY, MOMS’ NIGHT OUT).

In 1973, a spiritual awakening captured the heart of nearly every player of the Woodlawn High School football team, including its coach Tandy Gerelds. Their dedication to love and unity in a school filled with racism and hate leads to the largest high school football game ever played in the torn city of Birmingham, Alabama, and the rise of its first African American superstar, Tony Nathan.

We use cookies to ensure that we give you the best experience on our website. If you continue to use this site we will assume that you are happy with it.Ok