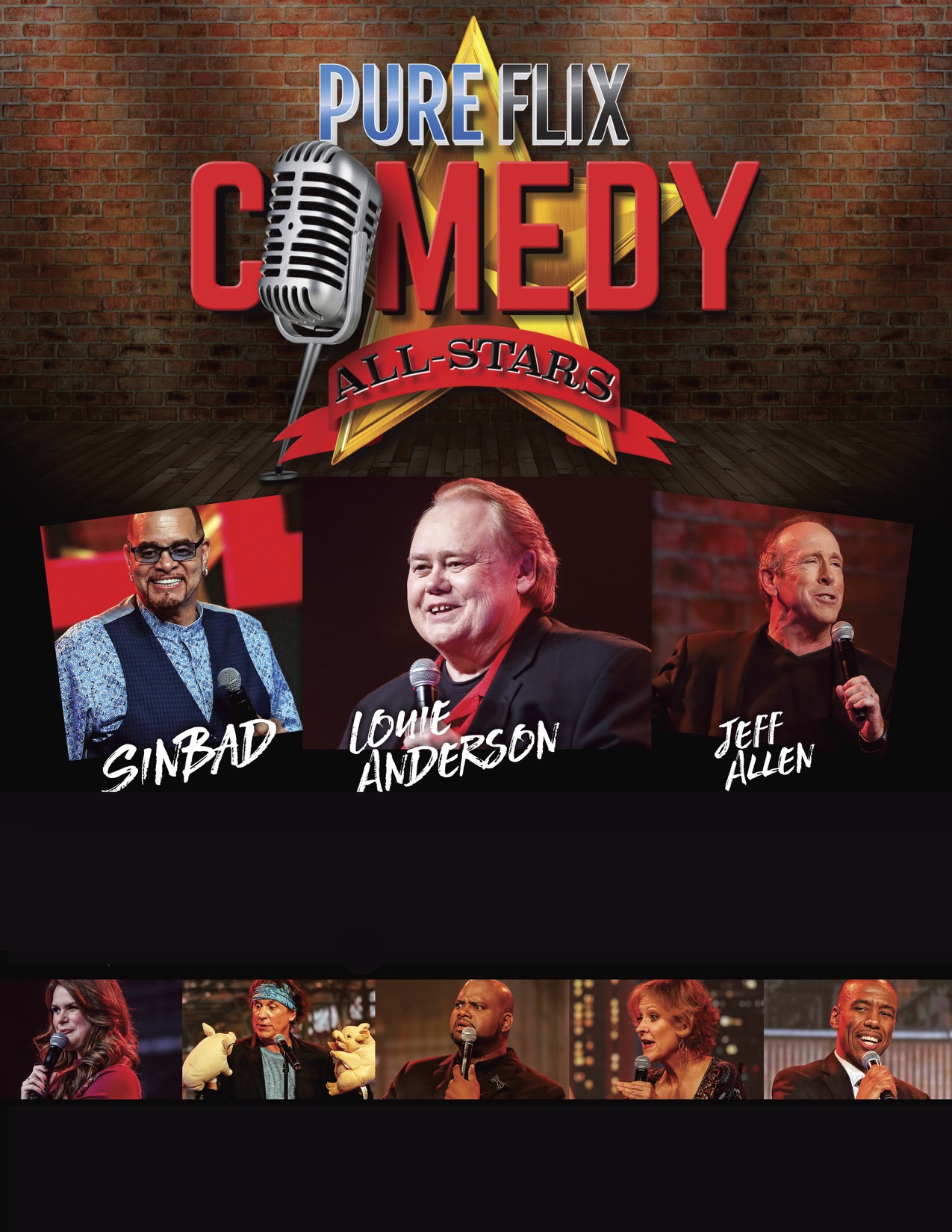 PureFlix Comedy All-Stars is the first all family friendly stand-up comedy series created for television. The half hour, 12 episode series proves “clean” is not a dirty word. The series also comes complete with a special 1 hour “Best OF/Behind The Scenes” episodes for a total of 7 hours of programming.

In addition to the three celebrity hosts (Sinbad, Louie Anderson, and Jeff Allen), the series showcases a diverse ensemble of over thirty talented comedians from all over the US and abroad. To be clear, the comedians on the show are not amateur or “up and coming”. These hysterically talented men and women have been featured on HBO, Showtime, Comedy Central and The Tonight Show among many others.

All twelve episodes were recorded in front of a live audience  with seven state of the are, 4K Ultra HD cameras capable of meeting the needs of the most demanding broadcaster.